"It's Just One Dam Project After Another"


Here sits perhaps the best gift I ever received from a student.


Let me explain. A couple of years ago, our 9th grade Global Science Perspectives (integrated English 9 & Environmental Studies) class at Columbus Signature Academy New Tech High School was approached to examine the possibilities and potential to develop our downtown riverfront into a destination for citizens and tourists. Through the course of this project, students were involved with and communicating with a veritable “all star” panel of city officials including Columbus Mayor Jim Leinhoop, members of Columbus City Council, the Columbus City Engineer, members of the Redevelopment Council, Columbus Parks Foundation, experts in design, and more. It was easily the most daunting and intimidating panel of professionals I have ever put students in front of, and believe me when I say that my co- facilitator were more than just a little nervous about the reception the students’ work would receive.

Early on in the project we invited all of these people to provide a sort of broad- lens view of the whole scenario and give our students some ideas to be thinking about and to give them some “success criteria.” Our students peppered them with questions (which we painstakingly prepared) and in the end, they had some direction(s) to pursue on their own.

Groups of students each chose their focus among a myriad of options including public art, pedestrian trails and other alternative transportation systems, economic development and, yes, the redesign of the crumbling Third Street Dam. Through it all, students did lots of research, informative and persuasive writing, prototype creating, and learning about our city and its remarkable features & history.

It was indeed, however, turning into a messy project and after a few weeks, my co- facilitator, Rachelle Antcliff, and I were understandably a little “punchy" for all this talk about sculptures, rivers, and dams. Because we could (and get away with it) we started throwing out phrases like, “We’re going to be offering a dam workshop in about ten minutes,” or, “Let’s end this dam discussion before it gets carried away.” We all had a good laugh about this “loophole” that we had found in our requirement to be mature in front of students.

As the project neared its concluding prototype presentations, we had real concerns about whether the final prototypes were polished enough to present to our powerhouse community partners. Rachelle drew upon her husband’s professional network to bring in some professionals (not a part of our actual audience) to preview the prototypes in advance of the actual final presentations. This proved to be a great call, as they provided vital feedback from persons other than us.

Still, we were all racked with nerves when the final gallery- style presentations of ideas for the downtown riverfront were presented to the dozen- plus Columbus, Indiana “All- Stars.” Our students looked great, having dressed in their best professional clothing, and made a terrific impression on our community partners as they pitched their prototypes for redesigned dams, interpretive trails, sculpture installations, and more. Mayor Leinhoop was engrossed in conversation with several student groups, and it was clear that he was taking their ideas to heart.

Students were excited by the feedback that they got. They asked, though, “Will they actually use our ideas or was this all just fake?” Our response was that of course it was not fake. Prototype presentations are as real as it gets in the professional world. Some ideas take. Others do not. No one can ever predict how the work of anyone, including students, may play out in future decisions. There was no questioning the authenticity of the project and culminating event (and they seemed reasonably satisfied with this response.)

Months later, I was asked to bring some samples of work, along with student ambassadors, to the Columbus Parks Foundation Annual Meeting. The purpose was to show local students and their engagement with city parks. To be honest, I obliged the invitation but did so a bit reluctantly; not being the hobnobbing type, and also exhausted from a busy week at school, I accepted the invitation as a returned favor to the Parks Foundation contacts who served as our community partners.

Little did I know that towards the end of the event there would be awards given out, and that we would be awarded with a “Shining Star” award from the Columbus Parks Foundation. As I came up to receive the award on behalf of our students, Mayor Leinhoop remarked at the fluency and ease with which our students were able to speak about their concepts. He was grateful for their effort and impressed by the quality of their work.

Among the projects we have run with students over the years, it was indeed one of the more exhausting ones. The following school year, the awesome Hannah Baker, now a junior, presented the hat shown above to Rachelle and I. I wear it as a badge of honor, tongue- firmly- in- cheek as we marvel in the exhausting, quirky, and rewarding work: leading students on Project- Based Learning journeys that change them forever.

Posted by Unknown at 2:25 PM No comments: 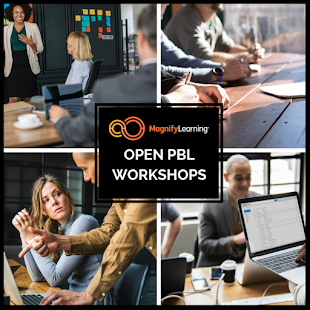 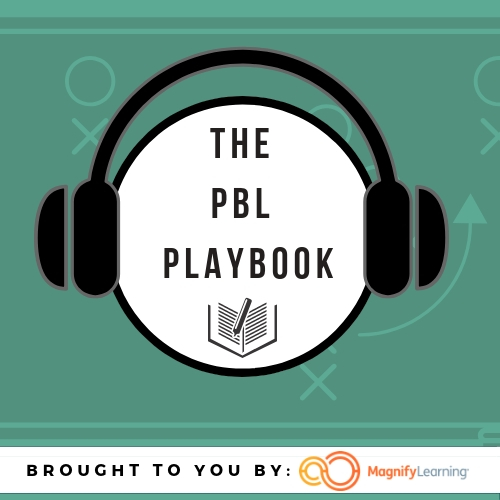 How PBL Changes the Teacher

Andrew Larson Columbus Signature Academy New Tech High School Columbus, IN @andrewmlarson At the end of this school year I will h... 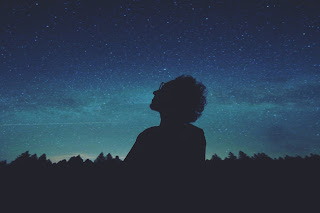